We won’t reach Australia in 5 seconds

What do soccer, cricket, football, badminton and baseball all have in common? Apparently little. These are sports totally different from one another, with very diverse features, rules and dynamics. Could we include water polo or any other sport on that list? Probably.

For several years, there’s been an intense and major ongoing debate at our sport’s international federation offices about the necessity of changing current water polo rules. For this purpose, there are big efforts made, and lots of money and work invested in championship simulations, travels and meetings.  Changing the rules has one objective: to make water polo more fun, with more goals, more movement, and make it easier to follow and more eye-catching. In this way, it is thought to become more popular.

These changes will be ratified in July 2018 in Budapest and will follow two paths. One path is changing the game rules and the other changing the overall number of players. With regard to the first path and in order to make the game more dynamic, one of the first proposed game rule changes it to reduce overall ball possession time. One attack is to have a maximum of 25 seconds, opposed to the current 30 seconds. Also, after a corner the team is to have only 15 seconds possession time. In cases of numerical superiority, time is also to be reduced from 20 to 15 seconds.

Lastly, when a player will make a drive movement she or he could not be touched. Contact is to be punished with penalty. With these changes, there should be more movement, less transition time between ball possession, more attacks and, consequently, more cases of numerical superiority. The last change stated should promote more drives, creating a more dynamic game.

Without doubt, all of the abovementioned suggestions will make the game faster with more goal opportunities. But to equate more goals to more dynamism is not that easy. In water polo, like in football and opposed to basketball or handball, each time there’s a goal, the new kick off starts from the center of the pool. That cannot be done until both teams are situated in their respective sides and all players substitutions have been made. This costs time and so, in that sense, more goals mean more waiting time. If the objective is to achieve higher final results, then this relevant detail would be an important issue to work on. Being able to restart the game faster after a goal would be a big step forward in evolving the game and making it more dynamic.

Nevertheless, it is important to consider that by applying the abovementioned rules, the game would become overall faster and more dynamic but it would also become more physically demanding. With the current competition format, which foresees high frequency of games depending on the competition (One game every two days in a World Cup, European Championships and Olympic Games; up to three games in three days at the European Champions League), it could push the athletes participating to doubtful limits.

Regarding the second path, namely changing the overall number of players, the debate has been more controversial. The reasons for this change seem to have nothing to do with sports or dynamism.  Since women’s water polo was included as Olympic discipline in Sidney 2000, eight teams have participated at the Olympics in this category.  In men’s, as in most team sports, twelve teams participate. Very rightly, the International Olympic Committee (IOC) is conducting an equalization policy between men’s and women’s sports.

The problem arises when at the same time they want to equalize the number of teams in both categories but do not want to give more total seats to water polo players at the Olympics. The proposed solution is to reduce the overall number of players at a game from the currently 13 to 11. In this way, twelve teams could compete in both men’s and women’s category without increasing the collective number of participating players.

All this is reasonable but entails a problem; if water polo should become a more physically demanding sport with the proposed changes in rules, how is this extra strain to be supported by less players? I have not found any player, coach or fan who is in favor of this change, but given the goal that is being pursued, it could be approved as an exceptional measure just for the Olympics (for instance, something similar already happens in handball). Anyway, it would be totally irrational to apply these changes in a global and permanent manner, as suggested under the current discussion.

Another problem derived from the abovementioned suggestion is the possibility that a team runs out of bench players and is forced to play under a permanent numerical inferiority of players, since the likelihood of exclusions increases.

No doubt that there will be a poignant show. This problem could be solved by simply increasing the number of penalties allowed to each player or redefine which actions lead to an exclusion and which don’t, but this is something that has not come into debate up until now.

A lot of football games conclude with a bleak 0-0; a cricket game can be played for 30 hours and last five days; the rules of American football are puzzling and watching a game without knowing them can demotivate any spectator; badminton is a sport without any physical contact; in the year 2000, overall action time in a baseball game of three hours was 12 minutes and 22 seconds. Despite their downsides, these sports do have one thing in common: they are among the most popular sports worldwide and are being watched in very different places, from Europe, over India, the United States, until China or Japan. Millions of people follow them passionately, going to stadiums to cheer up their teams, buying sports magazines to stay informed, crying with joy and sadness about their team’s achievements and losses, and talking over sports in their daily life with friends, partner and family.

This success, with no doubts, is less a result of some given rules or dynamics incorporated into these sports, but more of their popularity and the impact they have on society. Would it be possible to achieve such a success for our sport? We might be able to find some inspiration on the other side of the globe.

Every year since 2011, a very special water polo game is played in Sydney, Australia. At the Antipodes, our sport is even less popular than at home. It is rather the practice of swimming the successful and most popular sport that occupies the pools. Australian players who stand out are forced to migrate to the European Leagues, due to the challenges of an amateur domestic national league. The event “Water polo by the sea” is a friendly game between the Australian National Team and a worldwide All Stars team composed by players from all over the globe, who are invited to Australia just for that game.

In terms of competition, the event as a game has no major significance, it is meant to be just an exhibition of the sport itself. The pool, Bondi Icebergs, is situated right next to one of the most popular beaches in the country, Bondi Beach. Despite it being a wonderful location, Bondi Icebergs could never be accepted as a competition pool by any technical regulation, since the water is salty, and when the sea is rough, waves can easily reach the field, which it is not even rectangular in shape. Despite all this, the event “Water polo by the sea” is an authentic spectacle. Two years ago, I was lucky enough to be invited there and it was an incredible experience.

The show with its speakers, cameras, VIP zone, photo call, music, celebrities, stands, gifts and prizes, has just become an amazing attraction. People amass on the stands and there’s an atmosphere of celebration, euphoria and excitement. Most expensive tickets exceed 150€, a wild fact for water polo, considering that games of the best leagues in the world have mostly free entrance and stands are not being filled out. Videos related to this year’s event uploaded on social media surpassed one million views and a reach of over 6 million. On top of this, as a disruption to the established order, the event is organized under a private entity and earns commercial profits, another wild fact, since relating water polo with economic profits is a utopia in most parts of the world.

To reach the audience, the key point

Nowadays, we face a fierce battle over people’s private time. Entertainment companies, commercial brands, mass media, sports teams, artists, TV channels, websites all fight for a minute of attention, a clickbait or a comment on a post. We have an infinite offer to invest our time on. In sports, as demonstrated by the Australians, in order to get some attention, you need to offer a show and reach out to people. Despite this acknowledgement, things seem static. For example, the most important competition in water polo, the “Water polo World League“, which is being organized annually by the International Swimming Federation -the same federation promoting the rule changes- very rarely appears in any TV channel nor can it be seen in streaming or even followed minute by minute on any website.

It is favorable to try to evolve, in order to achieve a more dynamic game with easily understandable rules and more entertainment for the public, but that’s not necessarily the key in making the sport more popular.

Sport is fight, tension, suffering, reward, sacrifice, triumph, failure, success. Sport is life’s metaphor and explosion of emotions, that’s why it reaches through people’s hearts. It unites people and makes them identify with an individual, a club, a nation, a country. That’s the real power of sport. Can water polo or any other sport be included in the list presented at the beginning? Of course, but to do so most important is to get through to the people, offer a spectacular show and spread it across society. At this point, if a ball possession lasts 25 or 30 seconds, is rather irrelevant.

Albert Español, classificat per a la Final a Sis 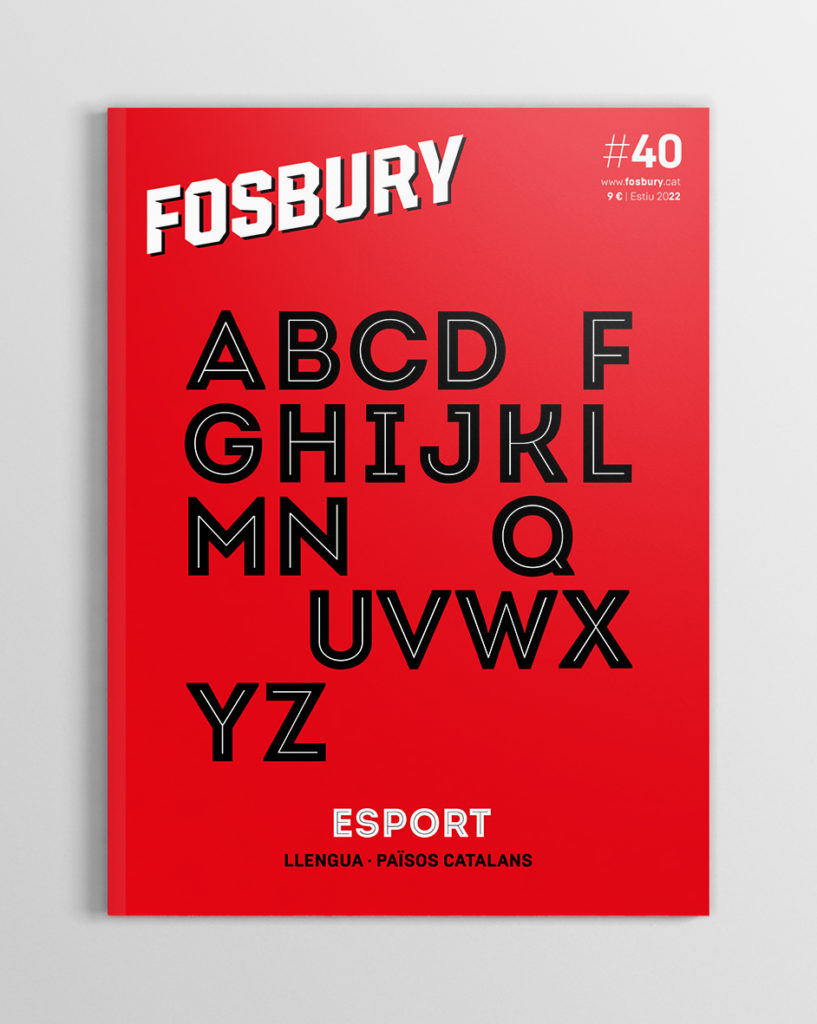